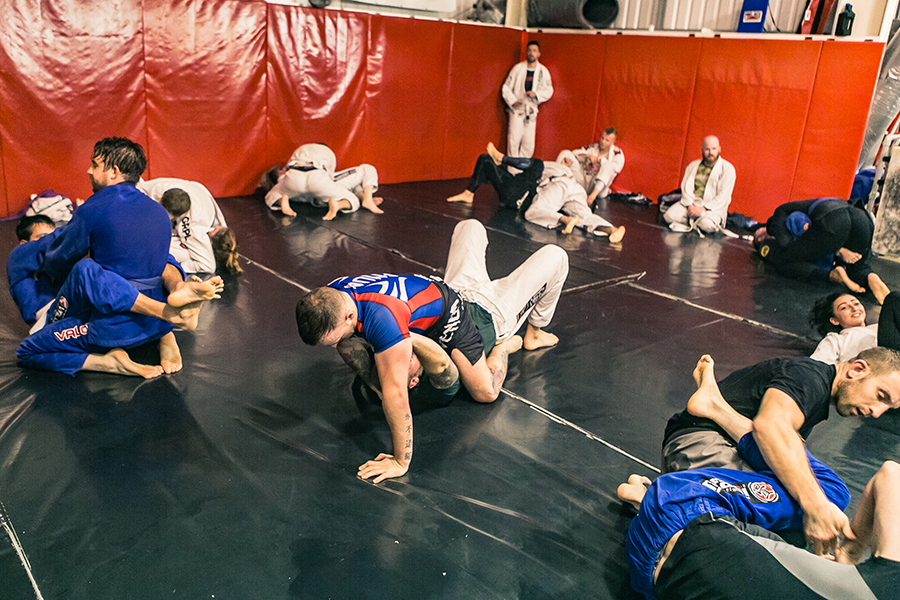 BJJ classes are widely recognised as the most formidable form of self defence around the world, and is taught to various military personnel including the Marines. Thanks to the Gracies and other pioneers of the sport, it is a martial art that, whilst only a number of decades old, is taught worldwide. The most appealing thing about BJJ, we think, is the fact that literally anybody can do it and you can be any age to start.

Our head coach, Colin Howells, is a Black Belt under Vitor Shaolin and has competed all over the world. Achieving Gold medals in the 2015 Munich Open, 2015 Gothernburg Open, 2014 London Open plus many more. Not only that, Colin also holds a Black Belt in Taekwondo, is a certified strength and conditioning, and kettle bell coach and has also competed in Mixed Martial Arts.

Colin oversees all of the BJJ classes at Gym 01 and teaches from beginner to Brown Belts and is also available for 121 training throughout the week. The grading system in BJJ doesn’t work like most other martial arts where you have a set event for the grading. To grade in BJJ comes down to various attributes such as time spent training, competing and level of competing as well as other variables. If you are eligible for a grade, these are presented to you in class and work in a system of tags (stripes on your belt) then the belts work through White, Blue, Purple, Brown and Black.

Initially you can borrow a gi top and belt from us during your free trial but you are advised to purchase your own as soon as possible.