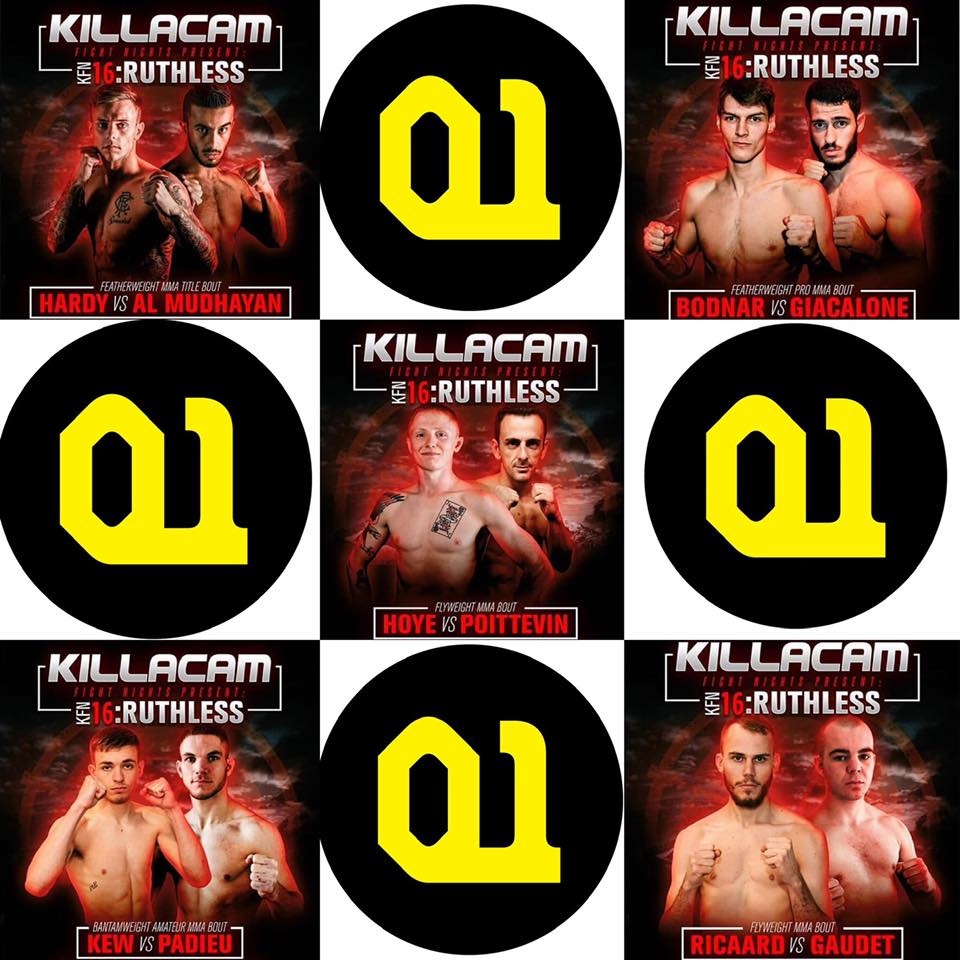 In just over two weeks time FIVE Gym01 Monsters will be taking over Margate’s Winter Gardens when they compete at Killacam 16.

In the main event of the evening, Gym01’s Cameron Hardy goes head to head for the Featherweight Title against Kuwait’s Sulaiman Al Mudhayan 7.2.0.

Both Hardy and Al Mudhayan are coming off impressive Killacam wins, with Cameron winning his last fight at Killacam with a devastating head kick KO!

In the CO-Main event our very own Elliott ‘Toy Boy’ Hoye will battle it out with French Prospect Benoit Poittevin.

Hoye is undefeated in the Professional Flyweight Division and is looking to extend his unblemished record to 6.0.0.

Next up is undefeated professional Alex Bodnar who is set to face the French knock out artist Morciano Giacalone who is riding a five fight unbeaten streak.

Owen Kew and Charlie Riccard are also fighting on this event at Amatuer level, bringing a total of five international fights for our Gym01 Monsters.

There are still tickets left, get in touch with one of the fighters for more information!