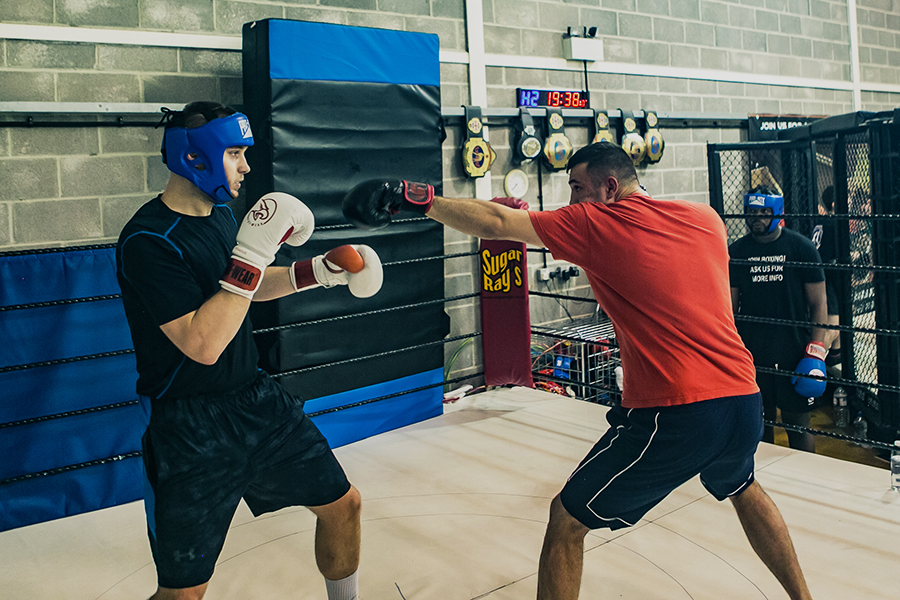 Never a dull weekend at Gym01, with our Boxing team travelling this time to Birmingham University for the Box Cup. Here is a breakdown of the bouts!

Calum Belprez had great back and forth exchanges between him and his opponent, Calum boxed to instruction, stayed switched on and used good movement and long shots. His strong opponent landed some good shots though and took the win. Despite a hard fought loss Calum did us all proud.

Theo Fulton boxed, against a giant of an opponent. Hands where up high and fantastic head movement, landing powerful body shots and fast combos. He was given a few questionable counts by the referee, leading to a stoppage despite not being hurt at all, but that’s boxing for you. On another day it may have gone more our way.

Aphrodite Patsalidou had a tough contest against a tall rangey opponent. She closed the distance well and worked well, narrowly missing out on a split decision and gaining a well deserved silver medal.

Finally we had Hassan Kamara, with a hard fought bout against Bristol university. Hassan dropped his lad in the first and then from that point the bout was back and forth, with Hassan losing a tight split decision and taking silver.

We are all incredibly proud of how our boxers did and especially the support and team spirit that everyone showed!