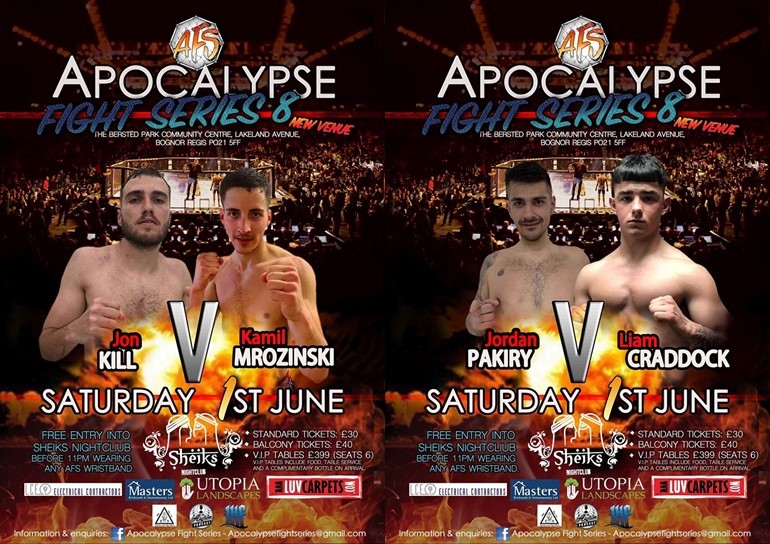 On June 1st THREE Gym01 Kickboxers will be heading into the cage at Apocalypse Fight Series 8.

Jon Kill will be looking to remain undefeated and take his record to 3-0, as he welcomes Kamil Mrozinski to the cage for his debut.

Jordan Pakiry of Gym01 to the cage for his debut. Jordan is no doubt ready for his fight and hungry to take the win on his debut.

Tommy Niewiadomski also enters the cage for his 4th fight. This is a fight not to be missed and is guaranteed to be an absolute war!

There are still tickets available, get in touch with one of the fighters for more information!