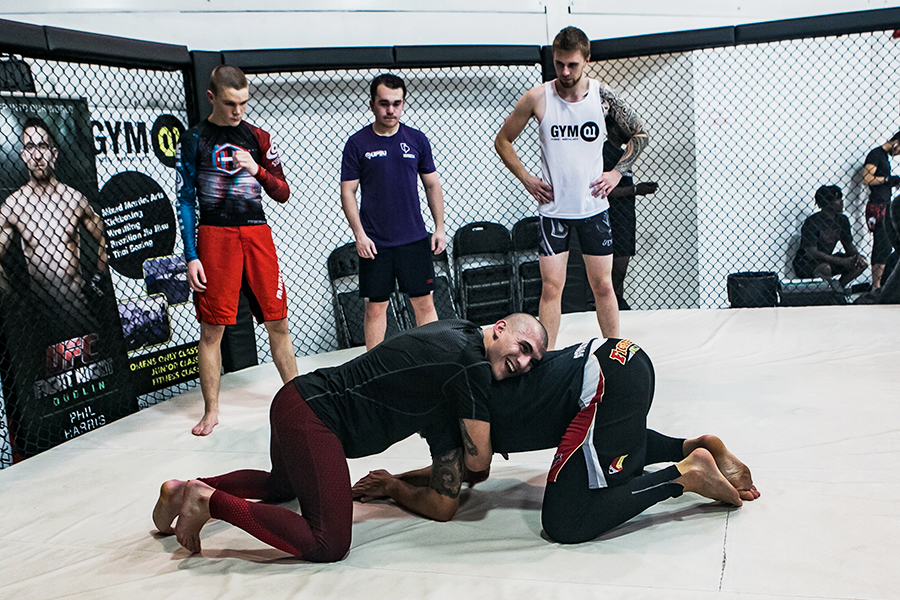 Mixed Martial Arts is now widely recognised as the fastest growing sport in the world. With athletes such as Rhonda Rousey and Conor McGregor featured across many different media platforms, and the rise of the UFC (Ultimate Fighting Championships) the sport has grown above and beyond its original ‘no holds barred fighting’ image.

The MMA classes at Gym 01 are overseen by Brian Adams, a former professional fighter and now coach, Brian won the coach of the year award in 2012 and has successfully coached multiple champions and UFC fighters. The classes at Gym 01 are split between beginners and intermediate to advanced. In order to do the advanced classes you need to have completed a set amount of techniques, all of which will be shown to you across your first few weeks/months.

Once in the intermediate to advanced classes you will be given the opportunity to compete. Firstly at interclubs to learn the basics of competing and practice, before moving to amateur and then eventually professional. We have proven success at coaching fighters to the highest level. The most important thing is to be dedicated and committed, whatever your goals are.

When starting out with MMA, you do not need to be fit and no previous martial arts experience is necessary. We tailor the classes to people that have absolutely no experience, including any kind of fitness so you’ll be training with like minded people, in exactly the same situation.

Initially you won’t need much equipment but we recommend some basic kit such as gloves, shin pads, groin guards and gum shields as soon as possible, all of which are available from our reception shop. During your free trial we have gloves you can borrow and you’ll just need to wear shorts and a t-shirt.