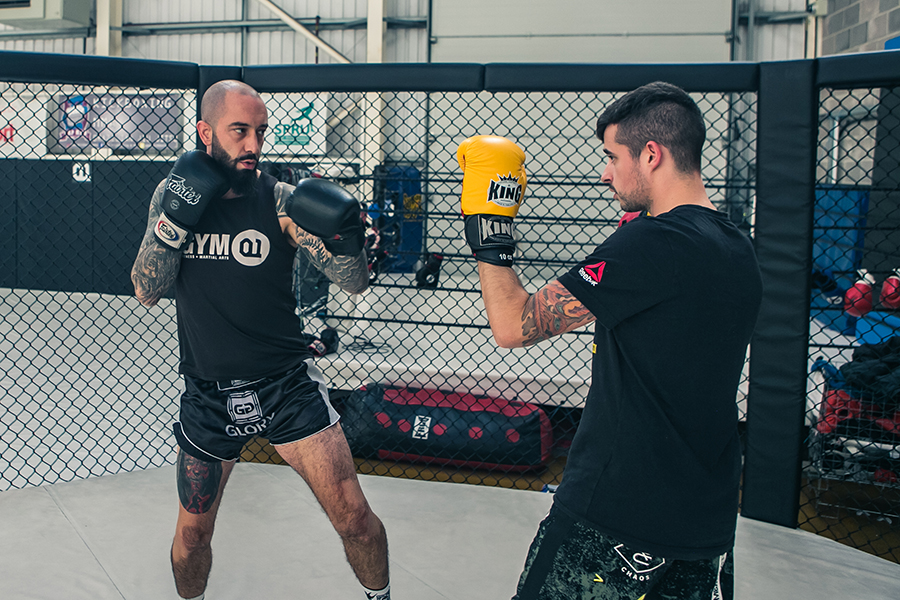 At Gym 01 we teach a hybrid style of Kickboxing which can be most closely associated with Dutch Kickboxing, or K1. Head coach Gareth has practised and studied in Karate, American Kickboxing and Muay Thai. This style of Kickboxing encompasses lots of techniques from all three styles, including clinch work and elbows not often found in other Kickboxing styles.

Classes at Gym 01 are split into three groups in order to cater for all of our members. Beginners, Fundamentals and Intermediate to Advanced. If you want to progress into the Intermediate to Advanced you can train in the Beginners classes and tick off a certain amount of techniques in order to qualify for the classes. In our fundamental classes the beginner techniques are taught along with more fitness based pad work. Our intermediate to advanced classes cover an array of techniques and drills, with optional sparring after most classes. We have a grading system and there is also the opportunity to compete, both of which are completely voluntary.

We have gloves you can borrow to start you off but recommend you get your own kit as soon as possible. This normally comprises of gloves, handwraps, shin-pads, gumshield, groin guard and shorts. You are welcome to wear shorts and t-shirt for your trial, but we ask there are no zips or pockets.